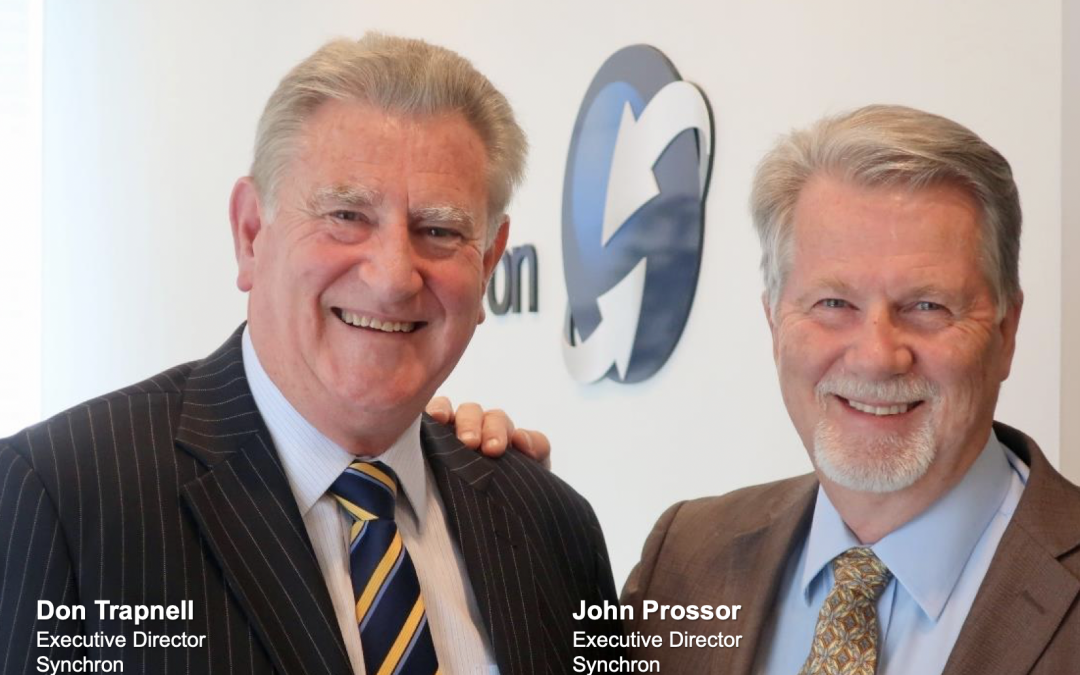 The creation of the new roles, which includes the yet-to-be filled position, will see Synchron’s overall staff numbers rise to 49, an increase of 40% over a period of a year.

“In 2016, we recruited Michael Jones as Head of Compliance to allow Synchron Director, John Prossor, to slowly step back from day-to-day involvement in the business and focus on his responsibilities as a Synchron executive director,” he said. “After more than 20 years at the helm, I have great pleasure in handing over the daily operation of Synchron to Ian, which will allow me to do the same. I am confident that, supported by our senior management team, Ian and Michael have what it takes to successfully lead Synchron into the next decade.”

Mr Knight has more than 15 years’ experience in the financial services industry, most recently as Acting Head of Distribution for CommInsure. He also managed CommInsure’s Victorian/Tasmanian Retail Sales team.

Following a career of almost 20 years with Victoria Police, where he rose to Detective Senior Sergeant, Mr Knight worked for financial services companies such as Financial Wisdom, AXA and the Bank of Melbourne, where he was Head of Financial Planning.

“We are also very pleased that Michael Jones has accepted the newly-created role of General Manager, Legal and Compliance,” Mr Trapnell said.

Mr Trapnell said Alison Massey, who has been promoted to Head of Compliance – Advice Assurance, has a long career in financial services.

“I have known Alison for over 30 years and have a deep respect for her abilities,” he said. “Before joining us in 2018, she had been a financial planner, a sales executive at both a life office and fund manager, a national adviser solutions manager and a case manager for the Financial Ombudsman Service, specialising in complex disputes for the Investments and Advice team.”

“We believe that collectively, the Synchron management team has the wealth of industry knowledge necessary to continue to meet ever-increasing regulatory obligations and deliver outstanding outcomes for advisers and their clients,” Mr Trapnell said.